We use cookies to give you the best possible experience on our site. By continuing to use the site you agree to our use of cookies. Accept
Home/Blogs/Looking for work/Teaching In Buckinghamshire, UK

Hi, I’m Danielle, an Australian teacher living and working in Buckinghamshire. I have loved working with Teach In so much that I wanted to share some of my experiences with you in this blog post. Read on for top tips on everything from budgeting to keeping an open mind and taking every opportunity that comes your way. During my time in the UK, I lived in a village called Naphill which is a 10 minute bus ride from High Wycombe in Buckinghamshire. Being so close to High Wycombe meant I was could easily make the 21 minute train journey to London, which was very convenient.

Naphill is situated in the rolling green hills of Buckinghamshire and the village was an experience in itself. There was only one bus and on my street there were more horses than cars! I was on a first name basis with the local Post Office, which doubled as an ATM, grocery store, bakery, bottlo’ (off licence for the poms in the room) and delivered the paper. There was a cozy local pub too, where I was also on a first name basis! To get around, I bought a bike for £10, which is only about $20, and embraced the Mickey Mouse bell it came with. I enjoyed riding through the National Trust areas of Buckinghamshire whatever the weather: rain, wind, snow, minus temperatures and sometimes sunshine!

Don’t judge a book by its cover

I moved to England in January and Teach In had tailored my contract so that I could start supply teaching straight away. I landed on a Friday, got my bearings over the weekend and started work on Monday morning! The nature of supply teaching is much like relief teaching in Australia. You get a call in the morning from the local representative and they give you the details of the school and location. I would set off with my Vegemite sandwich, five layers of clothes, poncho, beanie, boots and gloves. I cycled to 10 different schools over the first few weeks. They ranged from small village primary schools to larger secondary schools.

After experiencing so many different learning environments, I learnt not to judge a book by its cover. No matter what it may look like on the outside, a school can always surprise you and blow away your assumptions and pre conceived ideas.

When I was in England I met some students who had no idea where Australia was. There were some interesting misconceptions! Some thought it was too far for a plane and only accessible by boat. Some thought we had our own Queen (I told them it was Nicole Kidman). I had some believing that Hugh Jackman does indeed live on my street and that I have a pet snake and kangaroo! The next day, their classroom teacher was laughing with me about all the tall tales that had been taken home to parents and reported back to her. Little did she know drop bears are a real thing…. Your experience is what you make of it. I budgeted hard during the week. I shopped at Tesco or Morrisons, which are the cheaper supermarkets, and avoided the more expensive options such as Marks and Spencers and Waitrose. My advice, make the most of my your free time! I planned my weekends to be full of adventure, activities and friends. Sometimes I hired a car and drove around the country to see friends and family. Sometimes I flew to other countries in Europe to meet friends. Occasionally, I flew out on a Friday night and back in on a Monday morning! Yes, it is possible. During my 8 months in England I explored 9 countries and 38 cities. Northern Ireland, Scotland, Wales, Belgium, and Germany are just some of countries that I went to, and are all less than an hour flight!

Making friends, settling in, budgeting, travelling, the schools and finding a house are all things that I had lots of questions about before I made the move. The great thing is, you can ask the Teach In team, or other teachers like me, who have already been over to the UK themselves, all your questions at any time. Teach In are here to help you all the way! My final piece of advice: don’t think, just do. Sign that dotted line and have an experience that you won’t forget any time soon. Click here to register with Teach In today. 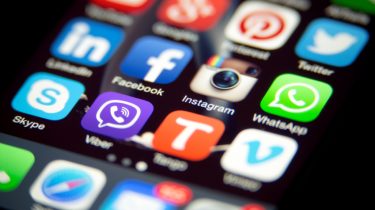