We use cookies to give you the best possible experience on our site. By continuing to use the site you agree to our use of cookies. Accept
Home/Teaching in the UK/Where Should I Live?/Teach in the Midlands/Teach in Wolverhampton (West Midlands)

Wolverhampton is found in the “Black Country”, West Midlands, which gets its name from its strong roots in the former coal industry.

When you move to the West Midlands towns of Wolverhampton, Dudley or Walsall, you’re guaranteed to pick up some of the charming local lingo during your stay. Get started by learning to say “tah rah a bit” instead of goodbye (it means “see you soon”). 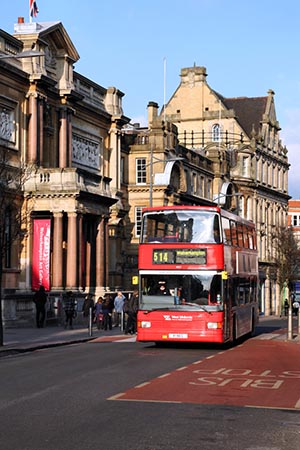 Accommodation is affordable and plentiful, partly due to a relatively high student & post graduate population, and also due to the growth in young families moving to the West Midlands. Nice parts of Wolverhampton to live in include Finchfield, Tettenhall, Compton, Goldthorn Park, Wednesfield and Penn, amongst others. Other costs of living, such as your weekly supermarket shop, are also lower in Wolverhampton than in many other parts of the UK.

Being home to The University of Wolverhampton means there’s a relatively youthful population to be found, and student bars mean cheap drinks and plenty of ‘em! As well as the thriving Wolverhampton nightlife scene, particularly around the Entertainment Quarter, there’s also a decent night out to be had in nearby Telford and Walsall.

The largely pedestrianised city centre is being revamped, with a huge budget being directed to this project. This can lead to a little congestion around building works, but also breathes a sense of exciting change into the city. There are over 600 shops to spend your cash in, as well as a broad range of bars and restaurants to choose from. The West Midlands is renowned for its curries (affectionately known as ‘ruby murray’) so be sure to try as many local curry houses as you can – we highly recommend Champy’s Bradford Arms, a gastropub with an Indian twist. Shoppers will also want to check out the indoor and outdoor markets, held four days a week, as well as the monthly specialist craft and famers markets.

Arts and culture lovers are provided for at Wolverhampton Art Gallery, The Grand Theatre, which hosts innumerable touring productions from the West End and around the country, and the smaller Arena Theatre. There’s an independent cinema at the Light House Media Centre which is well worth a trip, especially during the international film and animation festivals hosted there.

Football (soccer) fans can go see the “Wolves” (Wolverhampton Wanderers) play down at Molineaux Stadium. If you’re in the mood for burning some calories yourself, the 24 naturally managed hectares of Pendeford Mill Nature Reserve is the perfect place for a jog (or leisurely stroll), or the Wolf Mountain sports centre is well set up for mountain biking, archery, and rock climbing and bouldering in its huge indoor caves. 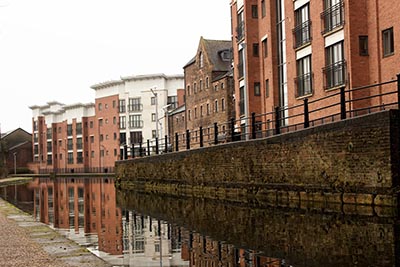 You can easily whilst away a few weekends walking on Wolverhampton’s scenic 27km of canalways. You can even walk to Birmingham in less than a day, rewarding yourself at one of Birmingham’s many Michelin star restaurants when you get there! And renting a canal barge for the day or overnight is a must-do for a sunny summer weekend.

Wolverhampton has the traditional range of schools for you to work at, as well as one of the oldest schools in the UK – Wolverhampton Grammar School, which dates back to 1512.

When you live and teach in Wolverhampton you’ll also find a plethora of great things to do all within an hour of the city.

Birmingham is well worth a visit, it’s the UK’s second largest city, and in 2015 was named by Rough Guides as the 9th best city in the world. Its shopping is absolutely world class, from major labels at The Bullring to the vintage stores and street food stalls in the “Creative Quarter” of Digbeth, and has a truly buzzing love music scene, with top bands and music performers regularly touring the city. Birmingham has more canals than Venice, so you’re never short of waterside walks or venues to relax at. Just 20 minutes by train from Wolverhampton, you can enjoy the best of Birmingham whenever you wish, whilst still enjoying the lower cost of living and more relaxed pace that ‘Wolvers’ has to offer.

Another must-see is World Heritage listed Ironbridge Gorge (birthplace of the Industrial Revolution) in picturesque Shropshire. This unique wooded valley is full of footpaths and lanes to meander down, or rent some horses and enjoy the multitude of well kept bridal paths. Nearby you’ll find ten fascinating museums well worth a visit, including the famous Tar Tunnels, and the adorably quaint Blists Hill Victorian Town Museum, where you can even change your pence into shillings to buy lollies at the old fashioned sweet shop.

Baggeridge Country Park in Dudley is bursting with wildlife, and is a wonderful place for walking, mountain-biking, horse-riding and fishing. Nature (and Tolkein) lovers will also enjoy Mosley Bog, the childhood playground of JRR Tolkein, and believed to be his inspiration for The Old Forest in The Lord of the Rings.
You’ll also find Birmingham International Airport just 25 miles from Wolverhampton, meaning both long-haul and European destinations are virtually on your doorstep (and with Birmingham Airport taxes significantly less than London Airports, you can keep your airfare costs down). There are also direct rail links to from Wolverhampton to the fabulous cities of London and Liverpool. 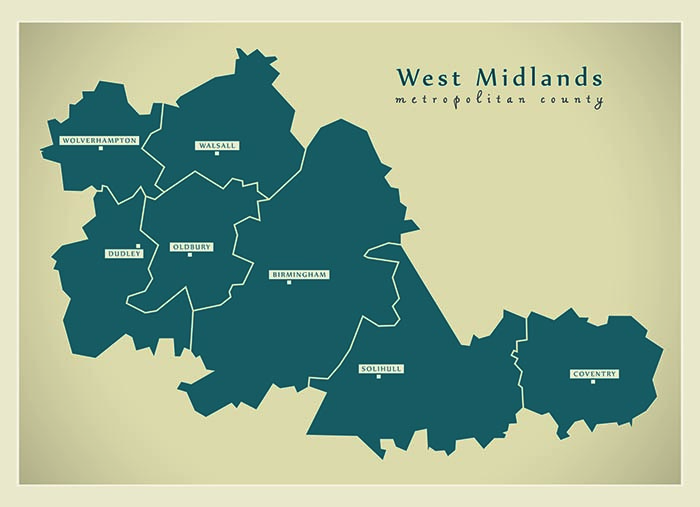 Wolverhampton, in the West Midlands